Every 1 point increase in the effort to discredit vaccines is linked to an average 2% drop in annual vaccine coverage around the world, and a 15% increase in negative tweets about vaccination, researchers found.

Grocery Workers at Risk for COVID Without Symptoms

Because a high percentage of them have no symptoms when they are infected, they could become sources of future spread, the researchers said.

The Johns Hopkins University Coronavirus Resource Center reported that 88,521 new coronavirus cases were recorded Thursday in the United States — the most in a single day since the start of the pandemic.

Air Pollution and its impacts on human health: A post pandemic perspective

Air pollution is the result of gaseous and particulate emissions, and the chemical reactions that occur in the atmosphere. It can be caused by both natural and human made sources. But the majority is caused by five types of human activity: household, industry, transportation, agriculture, and waste.

Two types of pollution are particularly dangerous: fine particulate matter PM2.5 i.e., particles measuring less than 2.5 micrometers in aerodynamic diameter, and less than a 30th of the diameter of a human hair and ground-level ozone. Invisible to the naked eye and present both indoors and out, PM2.5 penetrates lungs and allows toxic compounds into the bloodstream. Ground-level ozone is both a greenhouse gas and an air pollutant – damaging human and ecosystem health and exacerbating climate change. Ozone is good up high but bad nearby.

World Health Organization data shows that 9 out of 10 people breathe air that exceeds WHO limits containing high levels of pollutants, with low- and middle-income countries suffering from the highest exposures. From smog hovering over cities to smoke inside our home, polluted air poses a major threat to our health. The combined effects of ambient and indoor air pollution causes about seven million premature deaths every year, largely as a result of increased mortality from, heart disease, chronic stroke, obstructive pulmonary diseases, acute respiratory infections and lung cancer. 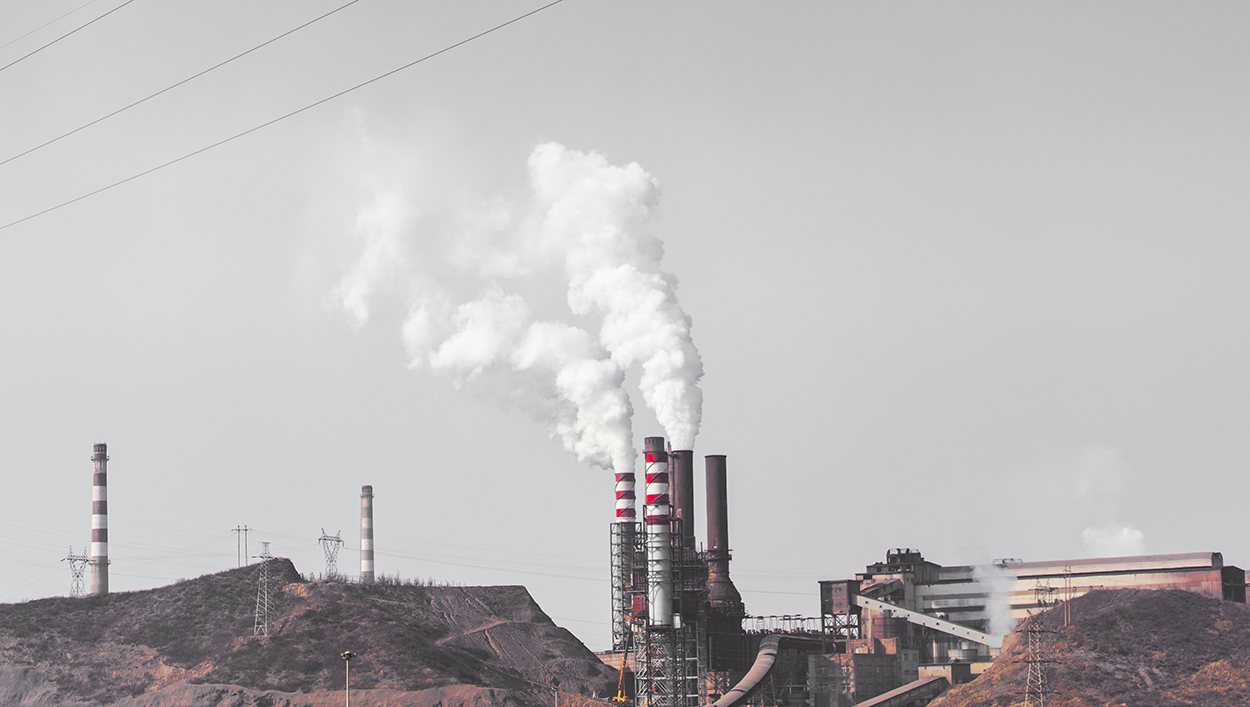 According to the State of Global Air 2020, long-term exposure to outdoor and indoor air pollution contributed to over 1.67 million annual deaths from stroke, heart attack, diabetes, lung cancer, chronic lung diseases and neonatal diseases in India in 2019. Outdoor and household particulate matter pollution also contributed to the deaths of more than 1,16,000 Indian infants in their first month of life last year. More than half of these deaths were associated with outdoor PM2.5 and others were linked to use of solid fuels such as charcoal, wood, and animal dung for cooking.

In 2019, air pollution contributed to nearly 500,000 infant deaths worldwide. In India, a fifth of neonatal deaths from all causes can be attributed to air pollution. In sub-Saharan Africa, the percentage is nearly 30% – the highest. Overall, air pollution is now the 4th largest risk factor for death among all health risks, the report noted.

Much of the Indian subcontinent grapples with extremely bad air quality during winters. With dip in air temperatures, wind speed drops, condensing pollutants over India’s cities, especially in the north. To add to the woes, farmers in the surrounding rural areas burn the stalks and refuse from their crop, sending up huge clouds of black smoke that drift for miles.

There is abundant evidence that exposure to air pollution increases our vulnerability to respiratory viral infections both in terms of transmission and the severity of the infection. Researchers have linked air pollution with mechanisms that may reduce our immune defenses such as damage to human airways, cilia and epithelial barriers. In the case of COVID-19, current evidence indicates that chronic exposure to air pollutants is associated with more severe infections and higher mortality.

Health sector has always been in the forefront for many public good initiatives in the past. The healthcare fraternity needs to be in the forefront in creating awareness and sensitizing the community about the ill effects of poor air quality. Doctors are also the first point of contact for the community during high air pollution episodes (crop burning, fire-cracker burning during winter, increased and sustained pollution levels due to winter inversion effect, etc.) and thus they can play a greater role in educating the communities about air pollution and also advocate for environmental issues of concern.

People are yet to recover from the economic losses incurred due to strict lockdown in many parts of the country, air pollution and COVID-19 could turn out to be a deadly combo for many of us. It’s time to stay alert of any polluting activity in and around our locality and raise our voice to stop them, while taking all possible precautions to protect us from COVID-19.

For Some, Postpartum Depression Lingers for Years

Of nearly 4,900 new mothers researchers followed, one-quarter had depression symptoms at some point in their child’s first three years.

You all ask so many great questions that I like to do a solo episode once in a while to answer some of the things on your mind. Of course I’m not a doctor, but I am a mom who’s been totally immersed in health for the last 15 years! As for today’s topics, I’ve …

So just how healthy is Biden? Quite healthy, according to the most  recent medical assessment released by Biden’s doctor in December 2019.

How to Make Rose Water

Rose water is not only beautifully fragrant but extremely versatile. It has an extensive range of uses including facial toner, hair perfume, cooling mist, and linen freshener. Rose petals are edible and rosewater has a place in the culinary world as well. I use rose water to replace some or all of the water in …

A new study found couples often share the same behaviors and risk factors that can lead to heart disease.

After a surgery my husband had years ago (with resulting secondary infection and IV antibiotic use), his gut needed a little extra help. A gut rehabilitation he was following at the time (see below) suggested he try making a cumin coriander fennel tea to help his bloating and digestive problems. It worked! Now we are …