For men with advanced prostate cancer, a new hormone therapy pill works better than standard injections — and carries a much lower risk of heart attack or stroke.

The clots  can be life-threatening, and the frequency at which they are showing up in COVID-19 patients is cause for alarm, experts say.

For most of us, a positive COVID-19 antibody test would correspond to a 50/50 chance that we actually have antibodies against the virus. Dr F. Perry Wilson explains.

Unlock Your Hip Flexor: 5 Stretches to Reverse the Damage of Sitting

Do you sit for most of the day? Think about it. Whether you’re driving to work or sitting at your desk (at work), sitting takes up a big chunk of our day. Unfortunately, too many hours in a seated position can lead to locked-up and overly-shortened hip flexors. This leaves you feeling stiff, negatively affects your …

Unlock Your Hip Flexor: 5 Stretches to Reverse the Damage of Sitting Read More »

The post Unlock Your Hip Flexor: 5 Stretches to Reverse the Damage of Sitting appeared first on Healthy Holistic Living.

Wearing face masks the same house was 79% effective at curbing transmission, but only before symptoms emerge.

A scientist who studies aerosols says everything she reads about COVID-19 points to a pathogen that travels through the air.

Calling all banana bread lovers! Don’t miss out on this drool-worthy compilation of 29 mouth-watering banana bread recipes! Bananas have a way of ripening on the counter before you can eat them all. Even if you eat a banana every day you’ll inevitably end up with a couple black-skinned bananas. So what to do with …

COVID-19| In support of a #HealthyRecovery

The letter was initiated by the Global Climate and Health Alliance (of which Health Care Without Harm is one of the founding board members), the World Health Organization (WHO), and the campaign Every Breath Matters. It calls on G20 leaders to put public health at the core of COVID-19 economic recovery plans.

Health Care without Harm and our partners around the world are advocating for COVID19 recovery actions that include the reduction of air pollution and GHG emissions by reforming fossil fuel subsidies, scaling up renewable energy, and ramping up public transportation.

Health professionals and their associations are invited to sign this urgent letter. 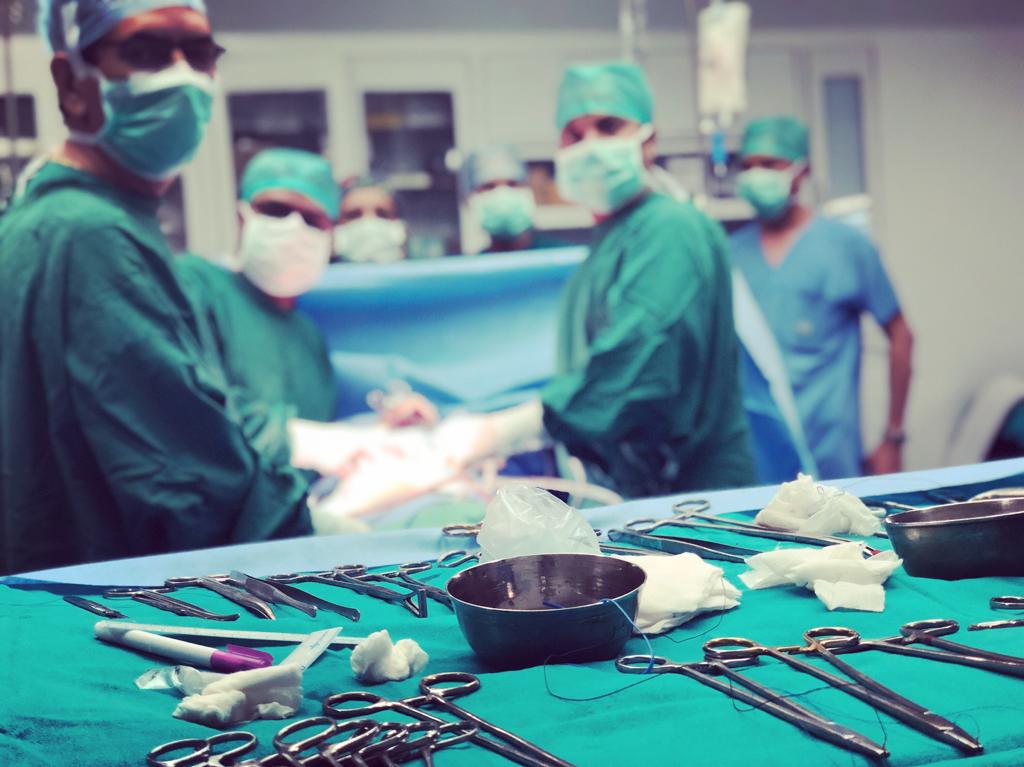 We have witnessed first hand how fragile communities can be when their health, food security and freedom to work are interrupted by a common threat. The layers of this ongoing tragedy are many, and magnified by inequality and underinvestment in public health systems. We have witnessed death, disease and mental distress at levels not seen for decades.

These effects could have been partially mitigated, or possibly even prevented by adequate investments in pandemic preparedness, public health and environmental stewardship. We must learn from these mistakes and come back stronger, healthier and more resilient.

A truly healthy recovery will not allow pollution to continue to cloud the air we breathe and the water we drink. It will not permit unabated climate change and deforestation, potentially unleashing new health threats upon vulnerable populations.

In a healthy economy and civil society the most vulnerable among us are looked after. Workers have access to well-paying jobs that do not exacerbate pollution or nature degradation; cities prioritise pedestrians, cyclists and public transport, and our rivers and skies are protected and clean. Nature is thriving, our bodies are more resilient to infectious diseases, and nobody is pushed into poverty because of healthcare costs.

To achieve that healthy economy, we must use smarter incentives and disincentives in the service of a healthier, more resilient society. If governments were to make major reforms to current fossil fuel subsidies, shifting the majority towards the production of clean renewable energy, our air would be cleaner and climate emissions massively reduced, powering an economic recovery that would spur global GDP gains of almost 100 trillion US dollars between now and 2050.

As you direct your attention to the post-COVID response, we ask that your chief medical officer and chief scientific advisor are directly involved in the production of all economic stimulus packages, report on the short- and long-term public health repercussions that these may have, and give their stamp of approval.

The enormous investments your governments will make over the coming months in key sectors like health care, transport, energy and agriculture must have health protection and promotion embedded at their core.

What the world needs now is a #HealthyRecovery. Your stimulus plans must be a prescription for just that.

Many people with high blood pressure may have an unrecognized hormonal condition driving their numbers up, a new study suggests.

A win-win for disposing medical waste with biodigestion

There has been so much focus over the years on how to treat infectious waste from hospitals and other healthcare facilities, but far less attention when it comes to organic waste produced there. This can pose a serious health hazard.

If not properly disposed of, infectious organic waste – which includes kitchen waste and pathological waste such as placentas – can attract flies, rats and feral animals, all capable of spreading disease.  It smells terrible as it decomposes, and generates methane, a powerful greenhouse gas. In many countries, there are laws that force medical facilities to incinerate placentas and other waste, despite the pollution this process causes.

It doesn’t have to be this way. In fact, there is a safer and more sustainable, as well as low-cost and low-tech, way to dispose of this waste, and even provide environmental benefits when it comes to energy use with less reliance on fossil fuels. That way is through biodigestion.

Biodigestion has been used for decades in the agriculture and waste management sectors, but only recently is its value being recognized when it comes to disposing of waste generated in health care settings. At their simplest, biodigesters are watertight containers containing bacteria to break down the waste and produce biogas, which is a mixture of carbon dioxide and methane. Waste and water are fed in at one end, and “digestate” flows out of the other, while biogas is piped off at the top. 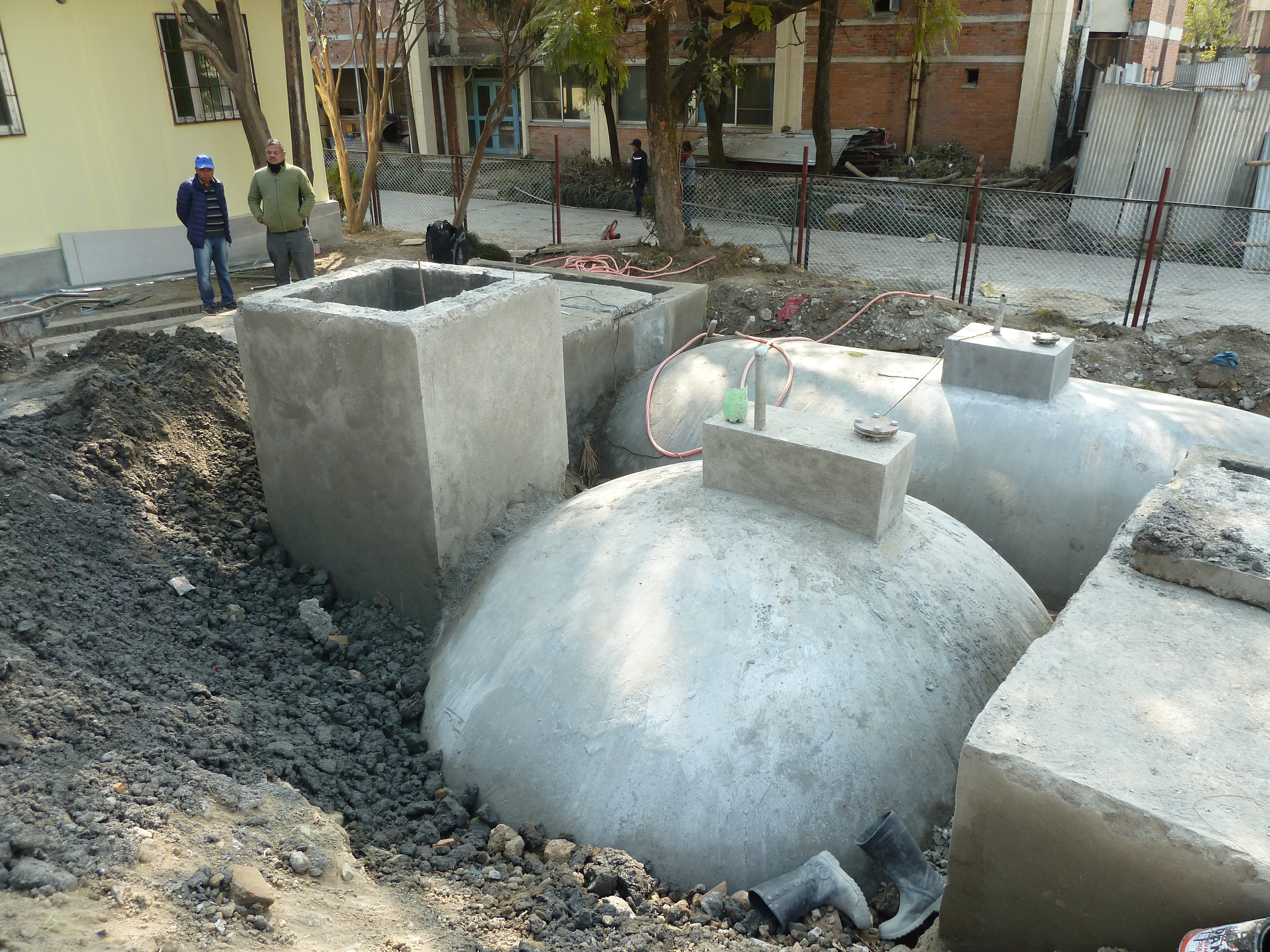 In the last 10 years, Health Care Without Harm and the Health, Environment and Climate Action Foundation of Nepal have been working with biodigester experts to design systems – first in Nepal and then expanding to hospitals in Tanzania and Madagascar – for the very particular waste stream being produced in healthcare.

Dealing with placentas is complicated because they are potentially infectious and because they contain more nitrogen than the bacteria can digest.

Two strategies are used to ensure that there is no infection risk.  The first strategy is to keep the placentas in the system long enough for most of the pathogens to die off naturally. We do this by building two digestion chambers, one after the other. The placenta must pass through both of these, which can take up to six months, more than long enough for all but the most persistent of pathogens to be eliminated. The second strategy is to prevent there being any further handling of the waste. The digester is connected to a sewer or septic tank so that there is no way that a blood-borne pathogen of the type you might find in placenta can infect anyone.

Cow dung is usually used to start the systems off, and the bacteria there are accustomed to digesting plant material, which is why they can have problems with placenta. This is solved by adding some kitchen waste into the first digester with the placenta, which requires a careful estimation of the nutrient levels for each chamber so that there is a good balance.

It is also essential that the digesters are well built – any leaks, either of liquid or gas, will stop it from functioning properly.

Once operational, a biodigester can swallow all of the organic waste from a healthcare facility for decades with very little maintenance. The waste – with some added water to keep things moving – flows through the system via gravity, so no pumps or power are needed. After the initial investment has been made, costs are low. In Nepal, we calculated that the gas produced has a value of $20 for every tonne of waste disposed of. This is not enough to repay the construction costs, or to replace all the cooking gas used in the facility, but is a useful side benefit. In one Kathmandu hospital, the staff tea room no longer has to buy cooking gas since they started using the gas from the biodigester.

Removing all the organic waste from a facility can eliminate bad smells they cause and the pests that they attract. The digesters are usually buried, as the soil supports and insulates them, so they are grassed over or planted with flower beds, making for a far nicer environment for staff, patients and their visitors.

And most importantly, because the methane that is produced in the biodigester – or would have been produced had the waste been landfilled – has a higher emissions potential than carbon dioxide, burning it in this close system reduces the waste’s carbon footprint, thus reducing its effect on climate change. 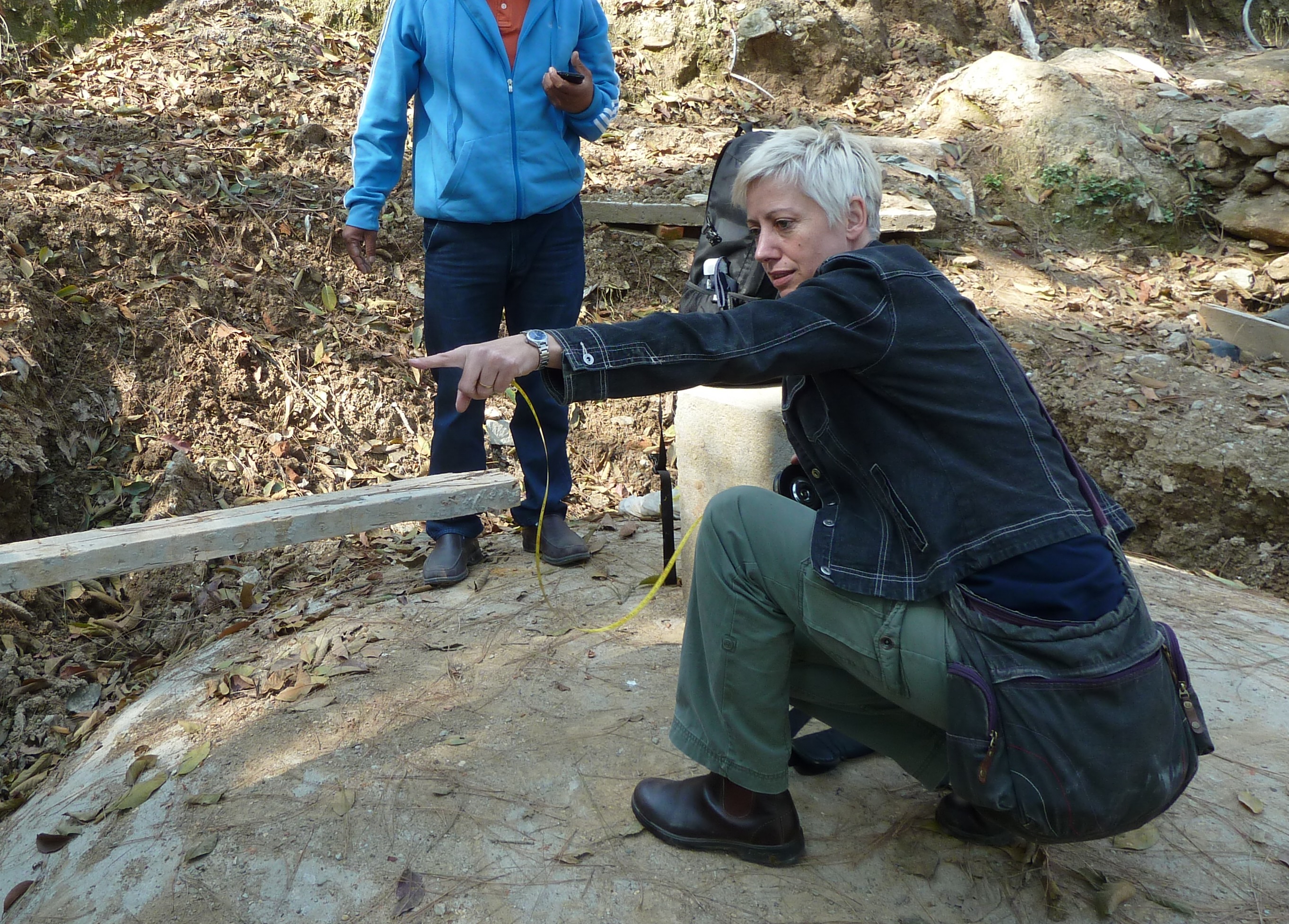