Can Men Dine Their Way to Higher Sperm Counts?

Median sperm counts were highest among men who ate a healthy diet (167 million), followed by the vegetarian-style diet (151 million) and the Danish diet (146 million). (Median means half had higher counts, half lower.)

What Humans are Really Doing to our Planet, in 19 Jaw-Dropping Images

Zak Noyle/Foundation for Deep Ecology – Surfing through trash in Java, Indonesia. It’s hard to deny that we’ve got an environmental crisis on our hands. For a long time, it’s been a talking point, though the moniker has changed a bit. At one time it was called “global warming”, but when the mercury plummeted in …

What Humans are Really Doing to our Planet, in 19 Jaw-Dropping Images Read More »

The post What Humans are Really Doing to our Planet, in 19 Jaw-Dropping Images appeared first on Healthy Holistic Living.

Midway through the surgery, Turner was wakened and asked to her play her violin to “ensure the surgeons did not damage any crucial areas of the brain that controlled Dagmar’s delicate hand movements,? according to the hospital.

Since 2008, World Day of Social Justice is observed on February 20 to raise awareness on the importance of social justice as a vehicle for peace and social equity, and to bring attention to the barriers people face because of gender, age, race, ethnicity, religion, culture or disability.

This scenario repeats in the face of climate change. Environmental deterioration and the increasing scarcity of resources lead to more stress among individuals and competition for resources.

Frequently, this scarcity in resources affects communities unequally – based on gender and socioeconomic status. Challenges associated with climate change have inadvertently highlighted social justice issues. One of those issues was highlighted by a two year study by the International Union for the Conservation of Nature (IUCN) which showed that increased gender-based violence could be clearly linked to climate change and the challenges associated with it.

Unfortunately gender-based violence is not spoken about much in the context of climate change, and environmental degradation –  and is yet so pervasive (IUCN). The sexual exploitation of women is linked to the illegal logging trade in the Democratic Republic of Congo, increased sex trafficking due to illegal mining in Colombia and Peru, sexual abuse in the illegal fishing industry in south-east Asia, and what is known as the “sex for fish” phenomenon in some parts of Africa. 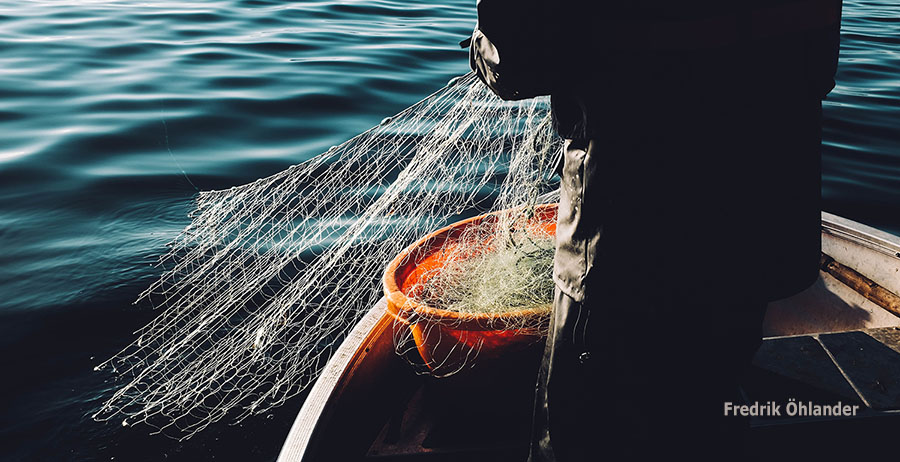 As global temperatures continue to rise, changes occur in marine ecosystems. Climate change affects fish distribution changes and productivity of fisheries. In some regions, communities base their entire livelihood on the catch.

Depending on supply and number of sales, in some communities across Southern and Eastern Africa the selling and buying of fish has become transactional. If a woman cannot sell all her fish and meet her monetary sales quota, she may have to engage in sex as a way to make up for that.

Other times when there is a low fish supply, many women may propose sex to “win” the catch from a fisherman so she can sell the fish. Unfortunately, sometimes, despite meeting their quotas, women are forced into sex by those fishermen, if they want to keep some or any money at all.

These practices have further implications on women and community health – one being the spread of HIV. The more mobile the fishermen are, the more likely they are to transmit the disease to other regions.

Besides the effect on the women’s health and well-being, many of them are also judged or discriminated against for the transactional nature of their livelihood.

An increased awareness around the negative health effects and sexual exploitation has led to the growth of a few social enterprises that have found a way to empower, engage and reduce if not completely remove the sex for fish practices in some of these regions.

Some of these practices empower women to fish on their own, or have strong codes of conduct associated with the practices that then enable better and more sustainable fishing practices – which are helpful for the environment as well as overall community health and well-being.

As climate change progresses, these and other inequalities will continue to thrive. In addition to specific actions to address gender-based violence and climate, a natural first step may be the purposeful inclusion of these issues into climate related conversations.

But the problem needs to be analyzed from a broader perspective. As long as no actions are taken to mitigate the effect of climate change, and governments and multilateral organizations continue to fail in reaching the necessary accords and solutions to address the climate crisis, then inequalities will deepen.

To work on mitigation, the reduction of greenhouse gasses emissions, and adaptation will support healthier oceans and fish stocks, and help global society address violence and inequalities associated with climate change.

The Canadian coffee giant has redesigned Roll Up the Rim to encourage reusable cups.

Yahoo News Australia and the Dolphin Project, working collaboratively, released in February of 2020 photos of an entire pod of whales being killed by Japanese hunters. The Dolphin Project, who witnessed the event, took photos to contextualize ongoing issues with whale hunting, and fuel to their claims against the whaling industry. Thirty-five small melon-headed whales …

Healthy ‘Mediterranean Diet’ Is Good for Your Microbiome

The new study finds that older adults who eat a Mediterranean diet tend to have more types of gut bacteria linked with healthy aging.

9 Sustainability Careers To Look Out For in 2020

The post 9 Sustainability Careers To Look Out For in 2020 appeared first on Earthava.

Between the increased understanding of climate change and the rising awareness of the ethical responsibilities involved with sustainability, it is no surprise that careers in green and renewable energy sectors are in high demand. These jobs cover the broad expanse of areas associated with environmental career fields, from the more established recycling and energy production […]

The post 9 Sustainability Careers To Look Out For in 2020 appeared first on Earthava.